In the middle of the ever changing landscape during this Iceland school trip, stood a bear who was a traveller, a fellowship icon and a symbol of unity for a community separated by the ocean.

While in this is vast land of uncertain changes and exploration, there stood a constant. The
paddington bear that brought unity to a fellowship of students, teachers and parents. Across
the world this bear shared their travels with those left at home watching. Paddington’s life was started by one of the teachers as a fun photo op for his children left at
home during work trips. He took the beloved teddy that his family admired and begun a
journey in which the bear would take on a life and spirit of its own. With each work trip,
Paddington grew as a glue for his family and them together from afar.

After becoming a familiar face on Instagram for its famous bear-photos for this small family,
the teacher from a small school in Toronto, Canada; inadvertently gave paddington a career
and life of its own. Paddington became the school’s unofficial school trip icon and students came
to love him, cherish his company on trips and took countless pictures including
#paddingtontrvls on their personal accounts. 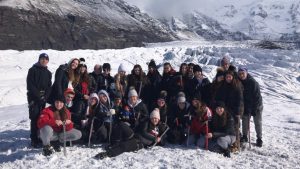 The school intrigued by this new student, whom would only appear during
travel season, took a community liking to the bear and continued to spread the love for him
by casually sharing the bears existance with the travelling student’s parents. Paddington’s
fame on instagram became a portal for parents to share the journey with their children
through the bears photos and posts.

Paddington’s fame grew. It grew with parents, students and teachers. It grew with people that
the group encountered along their journeys and he came to us on this school trip to Iceland. We have crossed
paths with the phenomenon of the travelling bear that brings communities together, an icon
that has evolved through vines of common ground and birthed through love from a small
family trying to keep in touch to groups of students staying in touch with their families at
home. 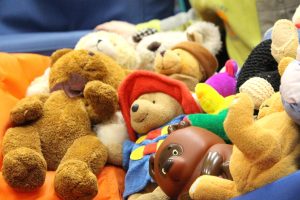 Paddington is the glue, a symbol of love and reassurance. A fun representation of
community that started with a caregiving dad for his children. And so, another story begins
through a bear that changed the outlook of a few hundreds children by filling a temporary hole
with the familiarity of home. Who says a bear is inconcesuential to a child’s life must have
never known Paddington!

Evolve is proud to share the evolution of teddy bear effect.